How Does a Nuclear Reactor Work? 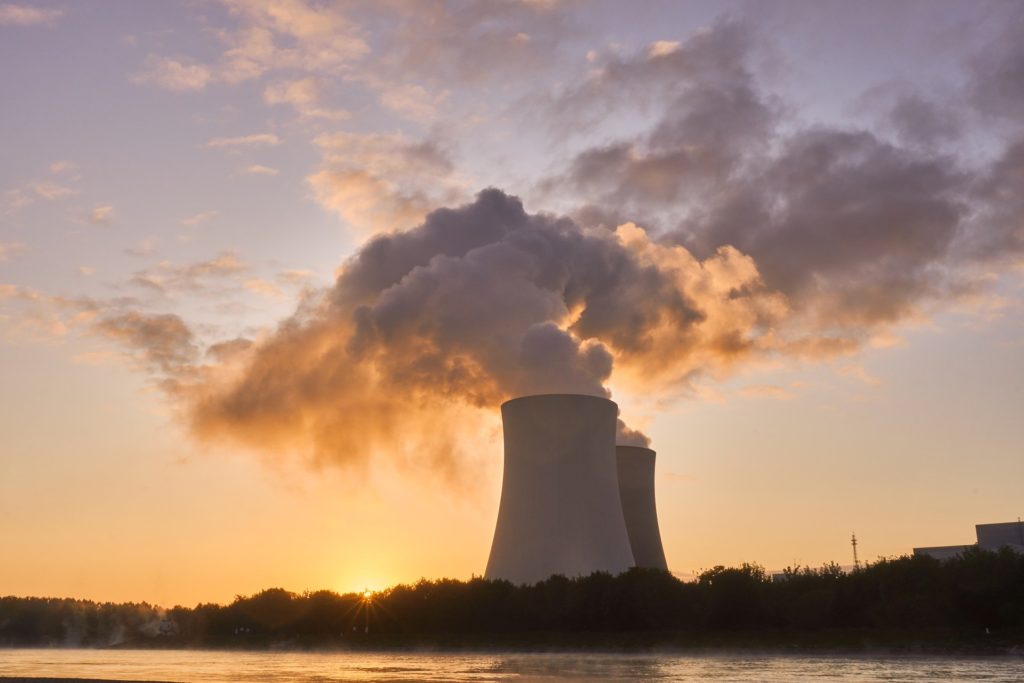 A nuclear reactor is the heart and soul of a nuclear power plant and must be treated with care by a nuclear technician. The key to a successful nuclear power plant is to control neutrons and release their energy slowly so the plant can produce electricity without exploding and destroying everything around it. With about 94 nuclear reactors active in the United States, nuclear power is considered one of the largest sources of reliable, carbon-free electricity available.

Become a Nuclear Technician at The Merrick Group

1. Water Is Heated in the Core by Nuclear Fission.

Nuclear fission is the physical process of nuclear chain reactions that splits uranium atoms and releases energy to produce heat inside the reactor. This heat turns liquid, normally water, or sometimes liquid sodium, into steam to spin turbines that generate electricity.

2. This Chain Reaction of Nuclear Fission Is Then Controlled with Control Rods.

Control rods are normally made of neutron-absorbing materials, such as silver, boron or cadmium, and are housed within the reactor’s core. There are normally around 50 clusters with 20 individual control rods within a typical reactor that act as neutron sponges to help control the amount of energy released.

Operators can stop a chain reaction by completely pushing the control rods into the core reactors where they absorb all the neutrons produced. The rods can then be very slowly pulled out to produce the amount of heat needed.

Once the control rods have created the desired amount of heat, water is circulated throughout the reactor core, absorbing the heat generated by the nuclear fission. It’s then passed into a steam generator which pushes the steam through a turbine to produce carbon-free electricity.

All commercial nuclear reactors within the United States are light-water reactors, meaning they use regular water as both a coolant and heat source for the nuclear fuel. Both types, pressurized water reactors, and boiling water reactors, are closed systems that recycle all water and steam to ensure there is no contamination of the water or air.

Over half of the commercial reactors in the United States are pressurized water reactors (PWRs) that pump water into the reactor’s core under high pressure to prevent the water from turning into steam. Once the water is pumped into thousands of tubes that are surrounded by the steam-generating system, steam is then pumped into the turbine connected to a generator of electricity.

Boiling Water Reactors (BWRs) heat water and produce steam directly inside the reactor vessel. The steam created within the reactor core is fed directly to a turbine to produce electricity.

To learn more about life as a nuclear technician at The Merrick Group, read our “Day in the Life” article or give us a call at 570-455-0600!

Apply for a Nuclear Technician Position! Christopher J. Speas
Christopher J. Speas is the Director, NDE Services for The Merrick Group, Inc. He has over 30 years of experience in nondestructive testing, eddy current techniques, and heat exchanger inspection and condition assessment. Christopher is certified as a Level III (ET) and has extensive experience in project planning and implementation of ASME Code compliant inspections. Mr. Speas has experience and training in industry Codes and Standards as well as plant systems and components to better assist clients with programmatic issues and determining inspection methodologies. Christopher maintains membership in the American Society for Nondestructive Testing (ASNT), American Society of Mechanical Engineers (ASME), and the American Nuclear Society (ANS).